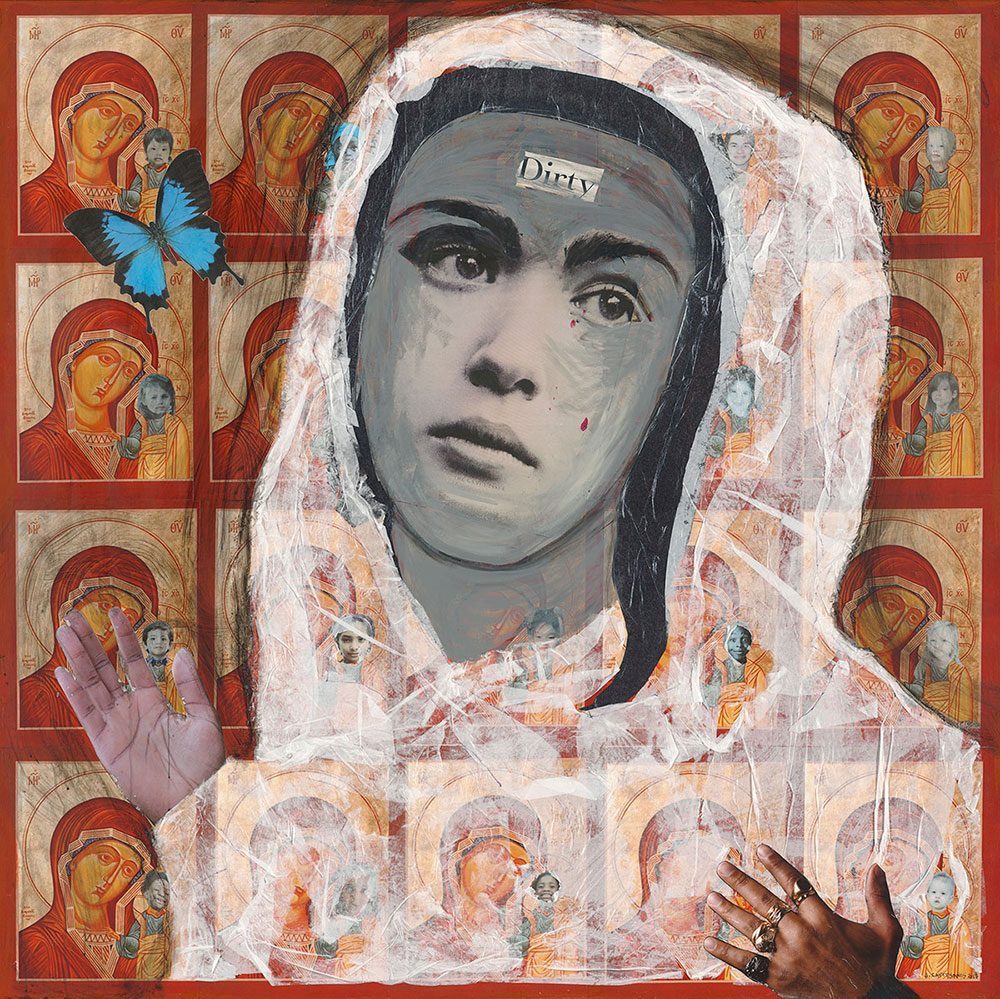 The work will be featured at the Fordham Museum of Greek, Etruscan and Roman Art at the Bronx, N.Y., school. Ms. Zavitsanos employs ancient and Byzantine motifs in her creation of uniquely contemporary art. Her work demonstrates how visual designs with roots in the distant past retain their relevance throughout time. She strives to use references to religious art from the 1st century to relate to a modern audience.

Ms. Zavitsanos’ extensive experience creating multimedia art reflecting a variety of cultures led to her exposure to Byzantine iconography, the earliest form of Christian art, which she uses to develop themes including the afterlife. The influence of her father, renowned Byzantine iconographer Diamantis Cassis, is also proudly visible in all her work. The artist notes that “the work allows me a connection with my father and my faith, bridging my life on earth with what mysteriously lies on the other side.”

Ms. Zavitsanos will offer lectures twice during the exhibit which will run from September 12 through December 12, 2019.