Byzantine icons originated in the 1st century as both a visual text book for teaching Christianity to members of the early Church as well as a “spiritual gateway,” a medium for the faithful to establish communication with the sacred. Religious icons require a fixed, disciplined technique, intended to eliminate personal artistic style, which is considered a distraction from their intended spiritual purpose. Byzantine icons still play a vital role in the theology of the Eastern Orthodox Church, with many contemporary iconographers still practicing the same techniques used centuries ago. Can contemporary artists move away from the constraints of iconography to create a more relevant, yet still spiritually meaningful, style? I strive to explore the questions, can the sacred be translated into the secular, and how would that look. 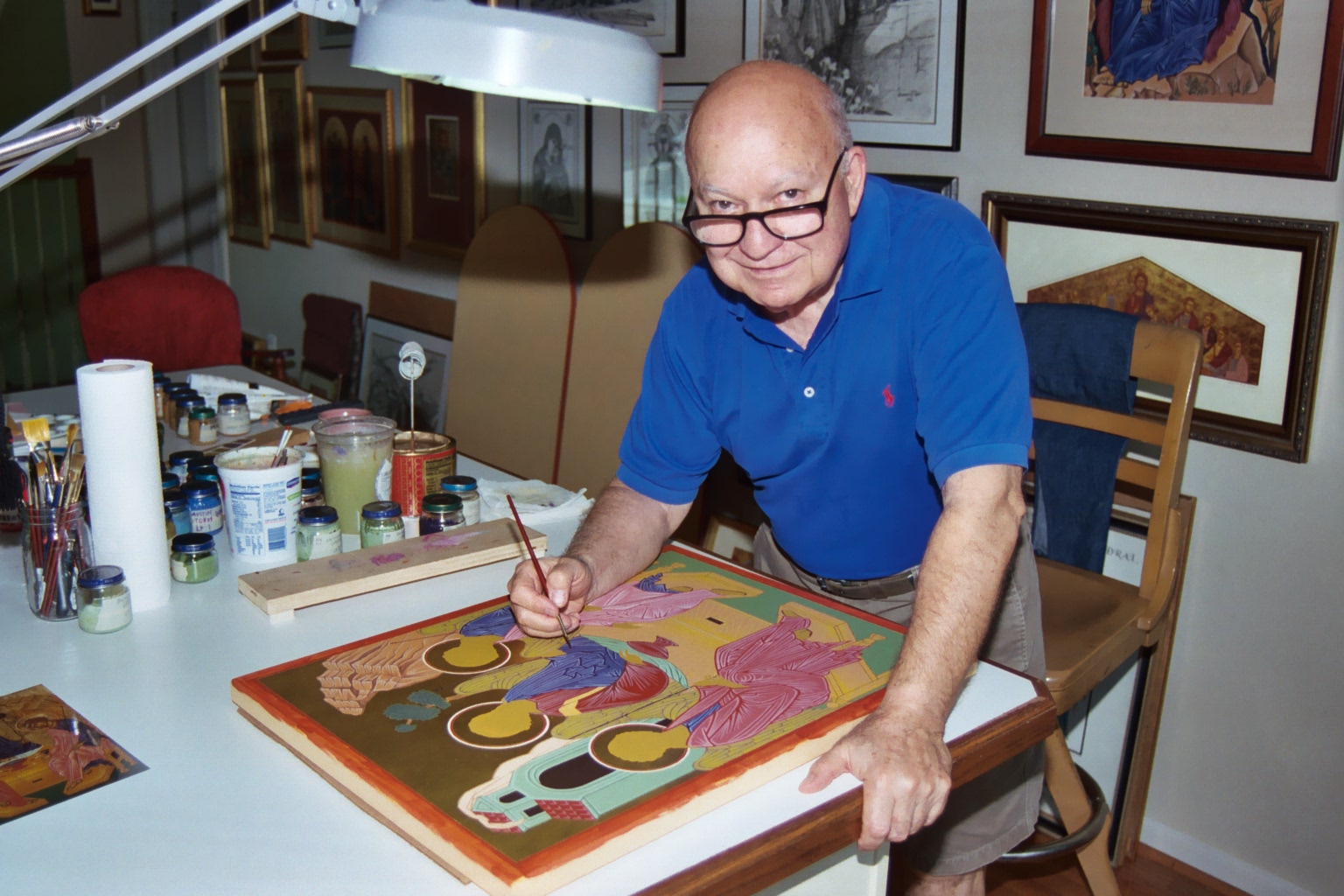 Other places I look for inspiration and influence:

Photios Kontoglou, a great artist and iconographer. Though he followed the prescription for iconography, his style remains quite beautiful and unique. See article: Photios Kontoglou: The Greatest Icon Painter of 20th Century Greece 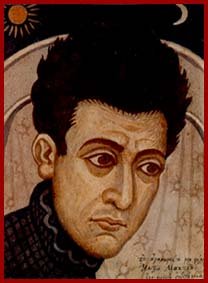 Theofilos Hatzimichail is of Mytilene, Greece, my mother’s birthplace. He was a Greek folk artist 1868-1934: See article: TheofilosHatzimichail 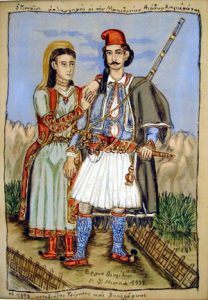 Alekos Fassianosis a Greek painter. A former student of the School of Fine Arts of Athens and studied in Paris and showed around the world. See article: AlekosFassianos 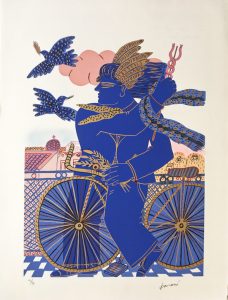 Fotis Varthis – He is an engraver and print maker. The byzantine painting, as a visual language, is related to the themes depicted in his works. See website: About FotisVarthis