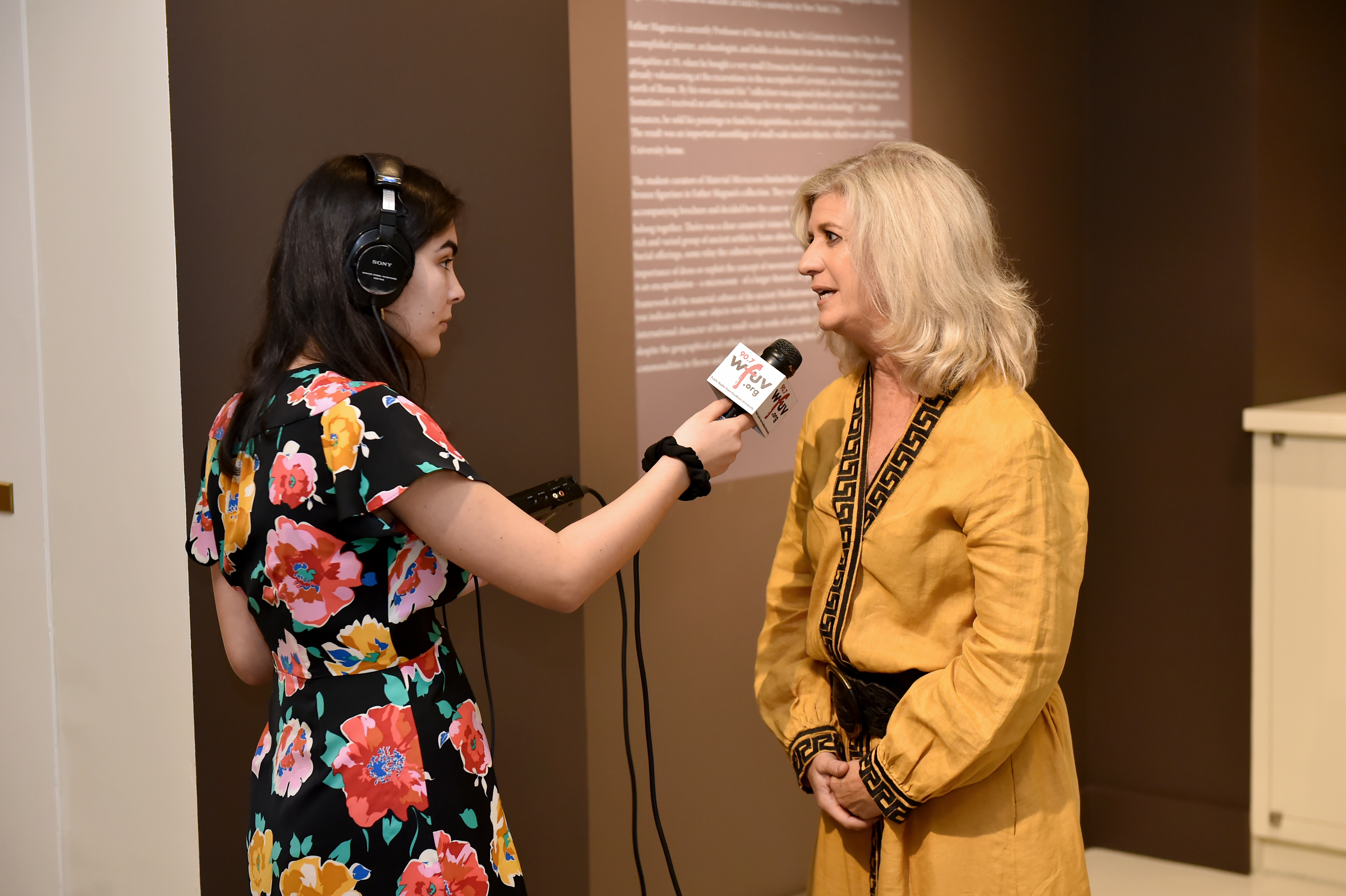 The reporter noted that having this exhibit of contemporary art shown next to the museum’s collection of ancient artifacts brings an important context to the work. The story is called “Getting to the art of it: Distant Relatives.”

“I really wanted an institution that would take a body of work so that they could really see the ancient image, which is perfect in this museum space here, next to the modern interpretation of that ancient image,” Ms. Zavitsanos said.

Ms. Parker reported that the artist is hoping to challenge people’s perception of God and spirituality.

“I hope to convey you know, a sense of ‘God is for all people’ and for us today and it’s not just something that happened a long time ago. It’s something that continues in our lives and maybe can be seen visually through my work which bridges that gap between the ancient and the modern,” Ms. Zavitsanos told the reporter.

You can hear the interview here.